By Chinazaekpere Nnabugwu, your Anchor and Host 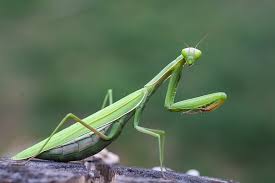 Before you go ahead to read about the Mantids, let me quickly appreciate some of the greatest minds on this universe, among them, is our own “Dear Aunty Mercy Chuwang” of 104.3 TincityFm Jos, for her wonderful effort at grooming Teens and Kids in Plateau state, Nigeria. She is so amazing; can go to any length to ensure, that the best opportunity is available to Teens and Kids.

It is also important for us to appreciate another icon, in the person of Uncle Sho, whose real name is Shola Faloye. Like Aunty Mercy, he has and is still investing so much in the life of Teens and Kids, under the “Future Giants Project”. Working with him, we recently concluded a project for Nigerian Television Authority (NTA).

“Belford Teens and Kids”and indeed “Mommy Ng”, are ever ready and unstoppable. Words are not enough to appreciate you for your contributions to my life and that of other Kids. You will never run out of steam and ideas. Before I let the cat out of the bag, let me just say, we are waiting for your last quarter project for the year 2017.

Wherever you are, Friends and Partners, send your shout out to these ordinary individuals during extra-ordinary works, to prepare us for the world of today and tomorrow. They are a blessing to us.
Done with those pleasantries, please join me to visit “THE MANTIDS” Kingdom.
The Mantids or Praying Mantis as popularly called is named for the fact that its large front legs hold up its body when resting in a position that resembles prayer.
Ranging from two to five inches in length, a fully mature Mantid may be as long as a small bird. Most Mantids are bright green or brown in coloration. A few may look pink.
Mantids, however, are harmless to humans. In fact, they are useful to Man in the sense that they eat many insects that are considered harmful to plants and crops. 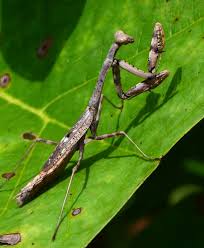 Strangely, the praying mantis has just a single ear, located on the underside of its belly, just forward of its hind legs. This means the Mantid cannot discriminate the direction of sound, nor its frequency.

It has a uniquely adapted hollow chamber inside its body that is thought to enable the detection of bat echolocation. The bat is one of the Mantid’s chief predators.
The Praying Mantis eats flies, crickets, grasshoppers, and occasionally, other Mantids. Very rarely, a large Mantid will kill a small bird such as a hummingbird. The Praying Mantis uses its powerful jaws to bite its prey in the neck.
The Praying Mantis is most commonly seen in September or October when females are searching for males to mate with. After mating, the female mantis sometimes bites the head off the male. She will occasionally eat him.
The female then lays up to 400 eggs in a sticky substance (known as an ootheca) attached to a tree, branch or twigs. After laying her eggs, the female soon dies. The eggs will hatch in spring.
French folklore suggests a praying mantis can point a lost child back to his or her home. In Arabic and Turkish cultures, a mantis was thought to point towards Mecca. In Africa, the mantis was fabled to restore life to the dead. And they are used to treat a number of illnesses in China, such as impotence and thyroid enlargement.
COPIED
Courtesy and thanks to Aunty Mercy Chuwang
Loading...